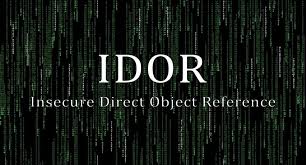 Hello Guys! Hope you are doing well in this pandemic.

This write up is about Bug, Which I found in private program before six months and resolved before two months. As I mentioned in my previous blog posts, I go by functionality to hunt for Bugs. I loved this bug due to how simple IDOR could create a Huge impact if linked with the existing functionality.

As this bug was reported to private program, I won’t be able to disclose program name. I would mention it as Redacted.com throughout this blog post. For better understanding, I would just mention that it is an app to generate forms for surveys, quiz and more, collect responses from those forms as well as integrate with other services.

Mostly I look for Business logic, IDORs and server-side bugs while hunting. I don’t follow any predefined or fixed methodology but just go with some basic recon, Try to understand normal flow of application and then go for hunting.

While I was going through all the platforms available to integrate, I came across with the option to integrate with Zendesk sell. Zendesk sell is the application to analyze sales data like leads, contacts and more. So the flow of this functionality was like once started integration process it takes the form id and transfers the request flow to the third party application where you would asked to configure your Zendesk sell account, grant authorization and map form’s questions with the fields in the Zendesk sell. Once this has been done successfully, Form’s responses would be mapped to the Zendesk sell’s fields.

Upon observing request flow, I found that First GET request to initiate integration was getting generated, then requests to third party to configure authentication and mapping and lastly PATCH request to enable the integration. Both GET and PATCH requests were vulnerable to IDOR in form_id parameter.

I had two accounts created to test application, one as an attacker and another as a victim. As per below screenshot, I have started the integration, intercepted GET request and replaced form id to the victim’s form id.

After replacing form id to victim’s ID, I turned off interception and got landed to authentication and mapping page.

After finishing this configuration, I have intercepted next request which was PATCH request to enable integration and replaced form id with victim’s form id .

After finishing this integration process on attacker’s account. To check whether it worked or not, I logged in to the victim’s account and I found integration got enabled.

As per below screenshot, Simple google dork reveled form ids.

Summing up, Using IDOR in this integration process, Attacker could integrate his Zendesk sell account with any form without any kind of user interaction and could fetch all Sensitive data received as a form response.

How to Install Cobalt Strike on VPS in 2022