What are the Best Antivirus for Windows in 2022 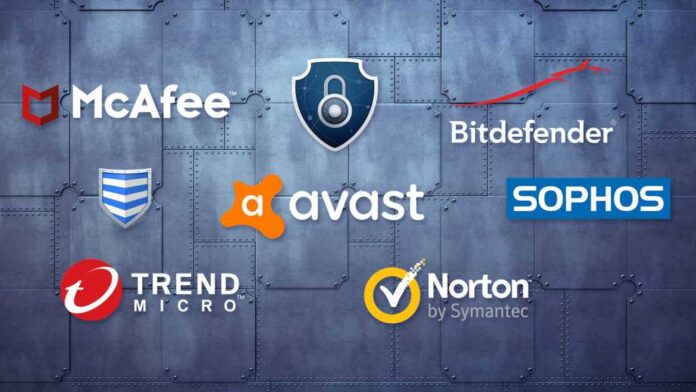 Antivirus software is almost as important as the operating system on a computer. Even if you’re fully aware of potential hazards and exercise extreme caution, certain threats are impossible to avoid without the assistance of an antivirus program—or a whole antivirus suite.

You’ll need one of the top antivirus apps, either free or premium, if you’re using Windows. Windows is targeted far more frequently than any other software platform, and running a computer without antivirus software is a recipe for disaster.

Fortunately, Microsoft Defender Antivirus is included with Windows 8.1, 10, and 11, which was formerly terrible but is now one of the finest free antivirus apps available.

Defender may be all you need if all you want to do is keep your PC clean. However, it falls short of the added capabilities offered by the finest commercial antivirus software, as well as some other free products.

If you have children at home, a premium security package with parental controls and antivirus software is available. Many suites also include VPN service, password managers, backup software, and even identity theft protection – all for a lower price than buying each component separately.

Antivirus software for Macs and Android devices is included in the more costly subscriptions, as well as restricted protection applications for iOS devices. (For iPhones and iPads, there are no actual antivirus apps.)

You may, for example, visit a website that shows harmful advertising unknowingly. Or you could click on a phishing email by accident (it happens!). Or you may be stung by a zero-day attack, in which a previously unknown flaw in Windows, your browser, or an installed software allows hackers to get access to your machine.

There are hundreds of antivirus programs available, all claiming to provide the greatest security at the lowest cost. However, I evaluated 66 of the most popular antivirus programs on the market, and just a handful of them are robust, safe, and effective enough to be counted among the best antiviruses in 2022.

Antivirus software must incorporate excellent virus protection against new and advanced types of malware – spyware, rootkits, worms, trojans, ransomware, and so on — and every antivirus on this list does.

However, most antivirus packages currently include more than just an antivirus scanner; they also include features like a network firewall, a virtual private network (VPN), a password manager, and parental controls, among other things (among a lot of other things). These new features boost the natural security systems of your device. Because the more secure your gadget is, the less likely you are to be hacked or have your personal information exposed on the internet.

Norton 360 is the gold-standard of antivirus software. The antivirus engine — powered by artificial intelligence (AI) and machine learning — is excellent at protecting against all cybersecurity threats.

I’ve tested many Windows 10 antiviruses for security, and Norton was among the best, scoring a 100% detection rate. Norton’s malware-fighting SONAR system provides guaranteed virus protection against all cyber threats.

Norton also offers a range of browser extensions designed for internet security, all of which performed really well in my tests — blocking all phishing links and malicious sites that I tried to access.

Norton is pretty easy to use for first time users, and it didn’t slow down my PC, unlike many other antiviruses I tested. The scanning engine is pretty lightweight — I was able to watch movies and edit videos while the antivirus scanner was running without any drain on my CPU.

Starting at just $9.99 / year,  are an incredible value for the money. My girlfriend and I first tested  thinking we could just get a refund within the 60-day money-back guarantee period if we didn’t like it. But after trying almost all other antivirus software for Windows, Mac, Android, and iOS, this was the one we decided to keep.

Norton’s range of cybersecurity features performs far better than most other antiviruses. The software is fast and easy to use, and Norton guarantees that all PCs will remain completely protected against cybersecurity threats. If you need a high-powered Windows antivirus, Norton is the best there is. There’s a 60-day money-back guarantee, so you can try it out and see if you like it.

Bitdefender Total Security uses a powerful cloud-based anti-malware engine that doesn’t slow down Windows computers — I was extremely impressed with how smoothly Bitdefender ran on my PC, not affecting my CPU or RAM (even during full scans).

Bitdefender offers some excellent additional features as well, including comprehensive anti-phishing protections, a lightning-fast VPN (limited to 200 MB per day), and some of the best parental controls on the market.

Bitdefender caught more phishing sites in my testing than most competitors, the VPN allowed me to safely and anonymously browse the web without a significant speed drop, and the parental controls made it easy for me to filter unsafe content and receive alerts when my child left a predefined safe location.

Priced at $17.99 / year, Bitdefender Antivirus Plus includes features like real-time antivirus scanning, anti-phishing protection, and Wi-Fi network scanning, while the internet offers a secure firewall and Bitdefender’s parental controls for $24.00 / year. Both of these plans cover up to 3 Windows devices, but if you’re looking for coverage on up to 5 devices, including Macs, Androids, iPhones, or iPads, then Bitdefender Total Security ($27.00 / year)is the best choice.

The performance optimization tools include:

The junk cleaner found over 8 GB of useless files that were clogging up my hard drive, so I could actually make room for my video software.

TotalAV is my favorite antivirus for device cleaning and optimization tools. The antivirus protection is really good, and it makes cleaning and speeding up PCs really simple — even my non-tech girlfriend found it easy to use. And both the antivirus engine and the PC optimizer come with TotalAV’s cheapest plan. You can test it out using the 30-day money-back guarantee.

Avira’s Prime package really impressed me with it’s antivirus engine — it got exceptionally high detection rates and low false positives during my testing. Utilizing cloud-based technology to make scan speeds super quick and accurate, it scored a 100% detection rate against both old and new malware samples.

In addition to the state-of-the-art virus scanner, Avira offers:

Outdated programs can expose systems to threats, so I was happy to discover that Software Updater identifies outdated programs and automatically updates them. It found 17 programs on my PC that desperately needed updating — some of which hadn’t been updated for 5 years — and it downloaded and installed all updates automatically.

I tested the Avira Prime package ($59.99 / year) which includes Avira’s Phantom VPN (with unlimited browsing data) and protects up to 5 devices, including Macs, Androids, and iPhones. While it’s not as cheap as Norton’s 360 Deluxe package, all of the additional features this package offers still makes Avira Prime a great value for the money.

Avira is definitely one of the most reliable antivirus programs around — its perfect detection rates are hard to beat. It is powerful, yet extremely lightweight at the same time. My favorite extra feature is the Software Updater, as it makes life so much easier by automating the boring yet important task of keeping software up-to-date!

BullGuard offers a really good anti-malware engine with some decent extras and a unique game booster which optimizes PC performance during gaming.

I tried BullGuard on my gaming PC with a few different games, including Half-Life: Alyx, Destiny 2: Beyond Light, and Fortnite. I tested my CPU performance, RAM usage, frame rate, and load times — and I was surprised to find that BullGuard significantly improved my computer’s performance in each of these categories!

Performance boosting aside, BullGuard also offers some other internet security protections, such as:

I found BullGuard’s extra features to be hit or miss. The firewall is really good, but the parental controls failed to block most of the inappropriate content in my testing. However, BullGuard’s identity theft protections are excellent, providing real-time credit monitoring through Experian’s international network. BullGuard’s VPN is decent, but I wish it was bundled with BullGuard’s premium plans instead of asking users to pay extra.

The most basic package — BullGuard Antivirus ($23.99 / year)— is just the antivirus and the game booster, and it only covers 1 device. If you want most of the features mentioned above, you’ll need to get BullGuard Internet Security ($29.99 / year). BullGuard Premium Protection ($40.00 / year) also adds the ID protection and a network scanner.

BullGuard has a good malware scanner, a decent range of extras, and an advanced game booster that increases frame rate and decreases load times during gameplay. I’m not a fan of BullGuard’s user interface, and the parental controls could be much better. However, all of the other features are good — if you’re looking for an affordable and secure antivirus for your gaming PC, then BullGuard is a good option.

Malwarebytes is a simple virus scanner with good malware detection rates — in my tests, Malwarebytes’s on-demand scanner detected around 90% of the test malware, but its real-time protection blocked almost 99% of the same files — on par with some of the biggest names in the industry, like TotalAV.

Malwarebytes also has really good phishing protection, with near-perfect detection rates, as well as a decent VPN. While Malwarebytes’s VPN isn’t as feature-rich as standalone VPN competitors, it’s still an ok choice for users looking for an easy-to-use VPN with fast speeds.

Unfortunately, Malwarebytes doesn’t have any other features, but its minimalistic design and lack of extra features may appeal to users who are looking for a basic antivirus program.

That said, starting at $19.99 / year, Malwarebytes is similarly priced to Norton and Bitdefender, both of which provide significantly more cybersecurity protections. But if you’re interested, Malwarebytes has a 60-day money-back guarantee, so there’s no risk in trying it out.

Malwarebytes is a good malware scanner with phishing protection — you can upgrade to Malwarebytes’s most expensive plan to get a VPN, but that’s it. If you’re looking for more functionality, take a look at the other brands on this list. But if you’re ok with a minimalistic antivirus, Malwarebytes is a decent option. All of Malwarebytes’s plans come with a generous 60-day money-back guarantee.

Cylance has a minimalistic anti-malware scanner that uses artificial intelligence to run smoothly in the background — it’s honestly pretty good, catching the vast majority of malware in my testing.

However, Cylance’s machine learning technology still isn’t as advanced as other antiviruses on this list, and the program lacks most of the features I expect to see in a premium Windows antivirus, which is why it’s not higher on this list.

Cylance is an ok choice for users without any previous experience using an antivirus, but there are much better choices, even for non-technical users. That said, my parents really like Cylance — I use the program’s remote access feature to check on their device security and they don’t have to do anything!

Cylance provides a good AI-based malware scanner and not much else. It’s a decent option for beginner users, but I don’t think that Cylance’s machine learning technology is sophisticated enough to compete with big names like Norton and Bitdefender. Cylance is available for up to 10 users, and it offers a 30-day money-back guarantee.