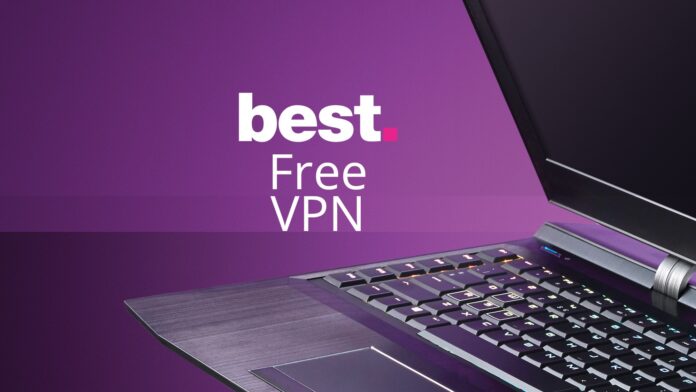 VPNs, or Virtual Private Networks, are software or apps that allow you to access the internet over safe, encrypted tunnels. For many people, using a VPN service is all about privacy; you may want to utilize it to keep your online activities fully hidden from prying eyes such as your ISP (which is very useful for torrenters) or even your government.

However, because the best VPNs also allow you to alter your IP address to that of a different location or country, these services have become much more popular. VPNs are ideal for streamers who want to access a vast library of shows and films, or who want to watch a sporting event in a location where they wouldn’t otherwise be able to.

With services like Netflix and countries like Russia becoming increasingly hostile to VPNs, knowing which provider is the most powerful is critical. While there’s a lot more information on the program farther down the page.

VPN users will benefit from using their computer, tablet, or smartphone to access the internet. By encrypting your internet activity, a VPN service will nearly always improve your privacy. Because the communications between the VPN server and your device are encrypted, a snooping internet service provider or someone on your Wi-Fi network wouldn’t be able to see which websites you visit. They won’t be able to see personal information such as passwords, usernames, bank or shopping account information, and so on. A VPN is recommended for anybody who wishes to safeguard their online privacy and security.

Using a VPN makes you more anonymous online, encrypts your internet traffic, and allows you to successfully fool your laptop or mobile device into believing it’s in a different place.

The best VPNs’ adaptability is what has made them such a game-changing piece of technology for laptops, desktops, tablets, smartphones, streaming devices, smart TVs, and even gaming consoles.

If you already know what VPNs are and how to use them, this is the place to get brief evaluations of the best VPNs in 2021, based on our most recent round of in-depth testing.

Let’s take a closer look at each of our VPN providers. Keep in mind that this is a living document that is updated on a regular basis. We’re currently conducting additional VPN testing and research, so anticipate this guide to evolve over the course of the year as we continue to utilize VPNs and put each choice through its paces.

The following is a list of our top picks for 2022. The names will mainly remain the same as above, but we’ll point out when and where unique characteristics make for a better option in a more focused review.

ExpressVPN is the recipient of our Editor’s Choice Award for best VPN. The VPN provider tells us its network is powered by TrustedServer technology, which ExpressVPN built to ensure that there are never any logs of users’ online activities. In the privacy world, ExpressVPN has a strong track record, having experienced a server seizure by authorities which proved its zero-log policy true at the time. We also like the quality of the VPN’s setup guides and the detailed information in its FAQ.

While its speeds consistently compete with heavy-hitting competitors, our speed tests saw ExpressVPN produce a 52% overall loss of our normal internet speeds, representing a significant slowdown compared with its 2019 score of 2% speed loss.

Like the rest of the top five VPN services we’ve reviewed, ExpressVPN offers a useful kill-switch feature that prevents network data from leaking outside of its secure VPN tunnel in the event the VPN connection fails. Unlike the others, though, ExpressVPN gained points from us for its support of Bitcoin as a payment method — something not all of our favorites offer, but which adds an additional layer of privacy during checkout.

The company has been in business since 2009, and ExpressVPN has a substantial network of fast VPN servers spread across 94 countries. Its best plan is priced at less than $7 a month for an annual package, which includes three months free.

While Surfshark’s network is smaller than some, the VPN service makes it up on features and speed. Let’s start off with the biggest win it offers: unlimited device support. If you want to run your entire home or office on Surfshark’s VPN, you don’t have to worry about how many devices you have on or connected. It also offers antimalware, ad-blocking and tracker-blocking as part of its software.

And it’s fast. With more than 3,200 servers in 65 countries, we lost less than 17% of average internet speed during our most recent speed tests. That’s faster than the 27% speed loss we saw in previous tests, and pushes it ahead of ExpressVPN to be the current front-runner in our speed comparisons.

Surfshark received generally high marks when its Chrome and Firefox extensions were audited for privacy by German security firm Cure 53 (PDF link of full report) — though that audit was commissioned by Surfshark.

The company has a solid range of app support, running on Mac, Windows, iOS, Android, Fire TV and routers. Additional devices such as game consoles can be configured for Surfshark via DNS settings. We particularly like the feature that allows you to whitelist certain apps and websites to automatically bypass the VPN. For some business uses, this can be critically important.

Surfshark also offers three special modes designed for those who want to get around restrictions and more carefully hide their online footsteps. Camouflage Mode masks your VPN activity so your ISP doesn’t know you’re using a VPN. Multihop jumps your connection through multiple countries to hide your trail. Finally, NoBorders Mode “allows [you] to successfully use Surfshark in restrictive regions.” Just be careful. Doing any of these three things could be illegal in your country and could result in severe penalties. During our testing, we didn’t see a single IP address or DNS leak, and had no trouble accessing Netflix.

Unlike many of the other VPN providers, Surfshark doesn’t offer a one-year plan. Its best offer is $2.21 a month, for its two-year plan (you pay about $60 upfront). A six-month plan is $6.49 a month (about $39 upfront), and month-by-month plans are $12.95 a month. Definitely take advantage of its generous 30-day trial to decide if you like this service (and if you choose the two-year plan, maybe set a reminder in 23 months to see if you can talk it into a continued discount rate).

NordVPN is one of the most recognized brands in the VPN field. It offers a generous simultaneous connection count, with six simultaneous connections through its network, where nearly all other providers offer five or fewer. NordVPN also offers a dedicated IP option, for those looking for a different level of VPN connection. NordVPN offers a kill-switch feature, and the ability to VPN into Tor. We detected no privacy leaks during our tests.

In our most recent speed tests, NordVPN’s performance was on par with many of its competitors, reducing our speeds by 53% on average (which is slower than the 32% loss measured in previous speed tests). We found NordVPN’s speeds were reliably fast. There were never any sudden dips or service interruptions, and where we expected the VPN to underperform, it proved itself up to the task.

While NordVPN has lived on this list for a long time, we moved it to the penalty box in October 2019 to re-evaluate our recommendation after a report emerged that one of its rented servers was accessed without authorization in 2018. Nord’s actions following the discovery included — eventually — multiple security audits, a bug bounty program and heavier investments in server security.

While we’d have preferred it if Nord had self-disclosed the issue much earlier, the fact that the breach was limited in nature and involved no user-identifying information served to further verify that NordVPN keeps no logs of user activity. As a result, Nord remains on this list as a recommended vendor.

When we speed-tested ProtonVPN, we saw an impressively small 9.6% speed loss compared with average speeds clocked without a VPN. ProtonVPN’s base speeds sent it blazing past most of our roster of tested services and into second place behind ExpressVPN. Even more impressive is Proton’s ability to reach those speeds despite a relatively small fleet of 1,259 servers in 55 countries. Like ExpressVPN, Proton also costs more than most of the VPNs we’ve reviewed. Even so, ProtonVPN’s high security standards and legacy of transparency may make this VPN option worth the price.

Along with its options to send your traffic through a secure bunker of private servers, we love ProtonVPN’s transparency policies: It’s completely open-source with routinely published audits, and includes a built-in route to VPN into Tor servers. We’re also confident recommending its mobile app since it has eliminated the use of some weaker security protocols, like PPTP and L2TP, which are still used by some other VPNs.

On price, we’d like to see ProtonVPN come down a bit. ProtonVPN’s standard package, called Plus, runs $8 per month ($96 charged yearly). That price is higher than the Editors’ Choice Award-winning ExpressVPN, whose best plan is priced at $6.67 a month for an annual package. ProtonVPN also gets beat on price by NordVPN‘s two-year plan at $3.75 per month ($45 a year), and Surfshark’s two-year plan at $2.95 monthly ($30 a year). While ProtonVPN offers a $4 per month package, that package doesn’t come with enough valuable features to make it competitive against NordVPN.

A big win for IPVanish is its fun, configurable interface, which makes it an ideal client for those who are interested in learning how to understand what a VPN does under the hood. Its multiplatform flexibility is also ideal for people focused on finding a Netflix-friendly VPN.

A unique feature of the IPVanish VPN, and one we’re intrigued by, is the VPN’s support of Kodi, the open-source media streaming app that was once known as XBMC. Any serious media fan has used or built Kodi or XBMC into a media player, and the integrated IPVanish Kodi plug-in provides access to media worldwide.

At $10.99 per month for its monthly plan, IPVanish is obviously trying to move you toward its yearly program. We’re a little disappointed that it only allows a seven-day trial, rather than a full 30 days, but it does offer a full money-back guarantee. That said, the company gets kudos for its recent increase from 10 to now-unlimited simultaneous connections. We also liked its connection kill-switch feature, a must for anyone serious about remaining anonymous while surfing.